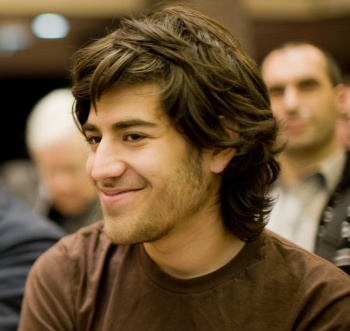 24-year-old internet activist Aaron Swartz has been indicted on charges that he stole over four million documents from the Massachusetts Institute of Technology.

Swartz is best known as one of the early heads of Reddit -- six months after Reddit was founded, it merged with Swartz's startup Infogami -- as well as the former executive director of online activism troupe Demand Progress.

According to US Attorney Carmen Ortiz however, Swartz is also responsible for the theft of millions of documents from the MIT network. In a press release, Ortiz alleges that Swartz broke into an MIT wiring closet and used his technical know-how to swipe over four millions documents from JSTOR, a non-profit online service that collects scholarly works.

"Stealing is stealing whether you use a computer command or a crowbar, and whether you take documents, data or dollars," Ortiz stated.

"This makes no sense. It's like trying to put someone in jail for allegedly checking too many books out of the library," Segal states on the group's site.

Continuing, Segal claims that Swartz has the support of JSTOR. "It's even more strange because JSTOR has settled any claims against Aaron, explained they've suffered no loss or damage, and asked the government not to prosecute."

"Aaron's career has focused on serving the public interest by promoting ethics, open government, and democratic politics. We hope to soon see him cleared of these bizarre charges," he concludes.

If Swartz is found guilty of these charges, he could face up to 35 years in prison and as much $1 million in fines.