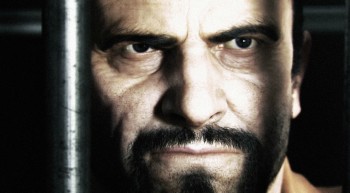 The PC version of the upcoming Driver: San Francisco will feature Ubisoft's much-loathed "Always On" DRM, meaning that if your internet connection stops working, so does your game.

In early 2010 Ubisoft unveiled what may be the most onerous DRM scheme ever conceived, requiring PC gamers to be constantly connected to the internet while playing their games. And if the connection happens to drop? Tough titty, said the kitty, because if the internet craps out, so does the game. Almost as if to illustrate the point, Ubi's DRM servers went down immediately following the March release of Assassin's Creed 2 for the PC, which meant that nobody could actually play the hot new game they'd just brought home from the store.

An August move to Steamworks for R.U.S.E. suggested that Ubisoft had seen the light but apparently that was just a blip, because "always on" is on again in the upcoming Driver: San Francisco. "PC version requires permanent internet connection," the company revealed on the official Driver Twitter account. It confirmed with Rock, Paper, Shotgun that it is indeed talking about the infamous "always on" DRM which will bring the game to a halt if the internet connection drops at any time.

The console versions of the game, Ubisoft noted, can be played offline.

In other good news, it turns out that the new Driver won't support steering wheels. "No steering wheel support at this time, as it didn't fit very well with the Shift gameplay and our specific handling," the company wrote in a separate tweet that sadly does not go further to explain exactly how a steering wheel doesn't fit with a driving game.

I can't imagine what Ubisoft expects to accomplish by treating its PC customers with such utter contempt. The DRM may work, in the same way that slashing your tires will keep people from stealing your car, but that doesn't make it a good idea. And this, I'm pretty sure, is not a good idea.

Driver: San Francisco comes out on September 6 for the Xbox 360, PlayStation 3, Wii, 3DS and PC.