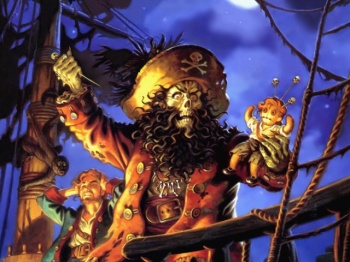 Ubisoft's controversial "Always-On" DRM scheme has been dubbed "a success" by an Ubisoft representative.

The rep, talking to PC Gamer, went on to say that Ubisoft has seen "a clear reduction in piracy of our titles which required a persistent online connection."

Ubisoft's DRM scheme, which requires players to be connected to an authentication server at all times while playing a game, was first introduced with Settlers 7 before being implemented in several high profile titles including Assassin's Creed 2, it did not, however, make an appearance in Assassin's Creed: Brotherhood. Just this morning, Ubisoft announced that the PC version of the upcoming Driver: San Francisco will also be using the same system. The fan response to the DRM scheme has been, shall we say, unenthusiastic.

The chief argument against Ubisoft's particular system is that gamers have no direct control over their internet connections. A service outage, either on the player's end or on Ubisoft's, can leave a customer without access to a product they've paid for. Many argue that rascally pirate-types simply avoid or remove the DRM altogether, meaning the only people inconvenienced by the system are legitimate customers. Several developers, including Capcom and CD Projekt, have pulled DRM from their games in response to fan criticism.

Ubisoft hasn't detailed exactly where it's getting its numbers regarding game piracy (though it warms my heart to imagine idiot pirates filling out questionnaires. "Do you steal our games? Y/N") so it's hard to make any judgement calls regarding the "success" of the system, at least from a numerical standpoint. It is, however, worth noting that popular torrent site The Pirate Bay, lists a copy of Assassin's Creed: Brotherhood, minus DRM, as one of its most popular PC game downloads.