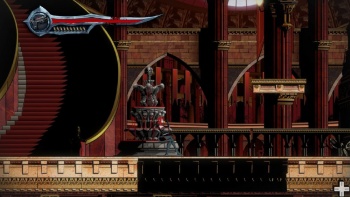 Sony has announced its own version of Microsoft's Summer of Arcade promotion.

The "PlayStation Network Play" scheme works almost exactly like its Microsoft Counterpart. It offers four highly anticipated downloadable titles each released on a Wednesday at weekly intervals. If you buy all four titles you receive a fifth "free." Unlike Summer of Arcade titles, however, the games in the PlayStation Network Play aren't platform exclusives, but Sony is sweetening the pot a little bit by including a free piece of DLC with each purchase.

The first game released in the promotion will be Street Fighter III: Third Strike Online Edition which will be available for download on August 24th. It will be followed by:

PS3 owners who purchase all of these before September 20th will get Pay Day: The Heist for free when it launches on October 5th.

If you're that desperate, you can even preorder the games (you know, just in case they run out of downloadable copies) as early as August 10th, doing so earns you a new PS3 desktop theme. PlayStation Plus members get an additional 20% of each title until September 20th.

While some may take issue with Sony obviously aping their competitor's ideas, I'm personally all for it. A big portion of XBLA's best games have been released under the Summer of Arcade Promotion and if this means PSN will see games of Bastion, Limbo and Splosion Man's calibre on a semi regular basis, then I'm going to have to get myself a new credit card.