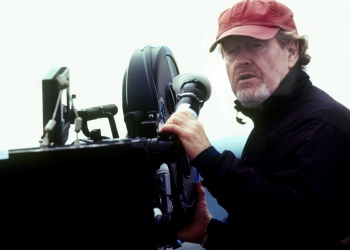 Along with its social networking features, Call of Duty: Elite will feature original creative content, and you won't believe the A-list Hollywood glitterati Activision has lined up.

For Elite, [Activision CEO Eric] Hirshberg said, Activision is developing "exclusive episodic entertainment built just for the Call of Duty community. We are working with the likes of Will Arnett and Jason Bateman, Ben Silverman (we assume that's The Office executive producer) and Ridley and Tony Scott to create this content.

"Just like any other passion that people spend a lot of their free time doing, Call of Duty players share a common language and a common experience, and we think we can create some entertainment content that they will love and talk about and share."

I'll allow you all a moment to wipe the coffee from your monitor. Yes, that would be the same Ridley Scott who directed Alien, Blade Runner and the only Tom Cruise movie you can still admit to liking.

Though Hirshberg never got into specifics about what sort of original content Scott might be creating, it would be a safe bet to assume that it will somehow be related to Call of Duty, or at the very least, its overarching themes of people being shot by high-powered rifles.

Now, don't get me wrong, while I realize this can widely be seen as Mr. Scott taking a step backwards in terms of cultural cache and creative canvas, he hasn't always been a blockbuster auteur. This is also the man who gave us the mediocre Hannibal and the 2010 Russell Crowe Robin Hood.

No, I think the bigger shock here is that Jason Bateman would debase himself presumably in response to a fat bag of Activision cash. Unless he plays a reluctant werewolf with a keen instinct for aiming airstrikes, I'm going to be incredibly disappointed.

The Gift - A True Present of a Thriller Marter 4 Comments