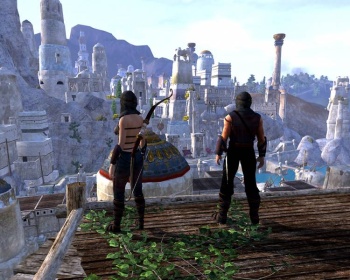 Funcom's Age of Conan MMO has added a pile of new users and more than doubled its revenues in its first full month as a free-to-play game.

It looks Funcom is the latest MMO company to figure out that sometimes the best way to make money is to stop asking for it. Like Lord of the Rings Online and Dungeons & Dragons Online before it, the switch to a free-to-play model that went into effect at the beginning of July has resulted in a windfall for the long-troubled Age of Conan.

"The activity levels on the servers are booming with a fourfold increase in players during July, we more than doubled the revenue generated from the game, and we have experienced a positive development in subscriber numbers," said Funcom CEO Trond Arne Aas. "This definitely gives us great hope for the game's future."

Like other F2P MMOs, Age of Conan now offers players unlimited play at no charge, with the option to purchase in-game items like weapons, armor and "premium services" on an "a la carte" basis through the in-game store. Serious fans also have the option of continuing to pay the monthly subscription fee for unlimited access to everything.

Funcom also revealed that the Age of Conan team is currently at work on the Savage Coast of Turan adventure pack, a tie-in with the upcoming Conan the Barbarian movie. The pack will add new world areas, monsters, characters and equipment, and will go live on August 18 to coincide with the release of the film.