Paul WS Anderson has a bone to pick with other Hollywood-types who "don't do justice" to the games on which their movies are based. 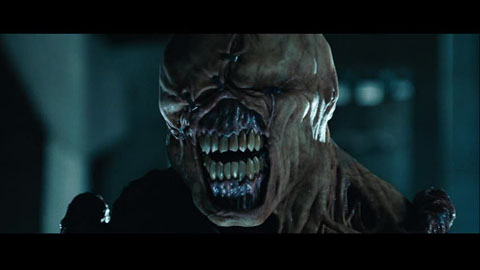 In an interview with MCV, Paul WS Anderson blasted fellow directors for leaning too heavily on the popularity of their films' videogame licenses and trying to "fool" fans into buying a ticket.

Anderson specifically called out the Tomb Raider series, saying that after he saw that the first installment "wasn't very good," he wasn't exactly eager for a sequel. By comparison, he said, the Resident Evil films have seen a growth in popularity because they stay true to the core audience. Tell that to Nemesis, Paul.

"Despite what a lot of haters on the internet might say, I love the Resident Evil games," he said. "And these movies are made with a huge knowledge and real passion for the games."

Resident Evil: Retribution, the fifth installment in the franchise, is scheduled to hit theaters in September of next year. Despite all receiving lackluster marks on review sites such as Metacritic, the first four films have grossed more than $670 million worldwide during the past decade.