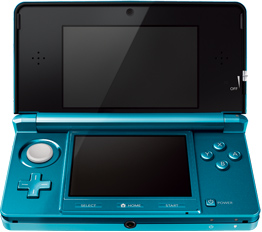 The 3DS has had a rocky start, but Nintendo intends to stick by its loyal consumers - provided that they live in Australia. After a global price drop for the flagging system, Nintendo threw the handheld's early adopters (called Ambassadors) a bone by offering them 20 free downloadable games from Nintendo's eShop. The offer expired on August 12, 2011, but Nintendo Australia will be extending the deadline to September 30, 2011.

A Nintendo Australia representative confirmed the extension through Gamespot. Before the former August 12 deadline, gamers simply had to log into the eShop and follow instructions to receive their 20 downloadable games. Nintendo will release the games, which include NES and GBA classics selected by the company, over the next few months. Now, latecomers can fill out a PDF on the Nintendo Australia site and mail it in. As long as they provide proof of purchase for a Nintendo DS before August 12, they will receive their free games just like any other ambassador.

Reasons behind the extension are sketchy, but Nintendo seems eager to generate goodwill for its quirky portable system. By giving early adopters free games and then giving them a very generous margin to receive them, consumers will likely generate good word-of-mouth for the Japanese gaming giant. Positive press coupled with a more reasonable price will move units - or so Nintendo hopes.

Unfortunately, Nintendo has not yet given any indication whether this offer will exist outside of Australia. For Australians who missed out on the first round, stay tuned to Nintendo's Australian Ambassador page, which will provide further information.