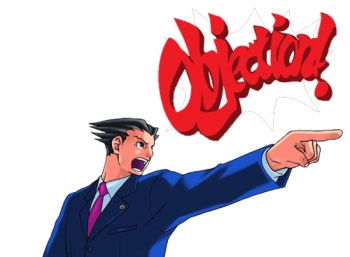 Don't you just hate it when you go in for surgery and wind up with a GPS unit implanted under your skin? A new lawsuit reveals that a guy is claiming this actually happened.

Lawsuits against hospitals for misconduct and/or carelessness aren't anything new. We've all heard at least one urban legend about a surgical rag that was left inside someone or a person getting the wrong limb amputated. That said, a new suit filed against a medical institution is making some pretty extreme claims about how a patient wound up having a GPS tracking device implanted into him without his permission or knowledge.

No, seriously, you read that right. Michael Woolman of Lincoln, Nebraska, has filed suit against Baylor Health Hopsital in Houston, claiming that he went in for tonsil and sinus surgery. After the procedure was over, he discovered a bloody armpit when he got up to go to the bathroom; sometime later, he learned that his armpit contained a post-surgery souvenir: a GPS tracking unit. Exactly how he discovered the GPS unit isn't entirely clear.

Here's part of Woolman's description about what actually went down:

I was in ,"The Room after ,surgery& I needed ,to go to the bathroom .
I got up and a nurse assisted me to ,the bathroom.
I was going to the bathroom and , I finished.
All a sudden ,My cloth started falling off, I tried to pull ,my cloths up and ,,
My arm pit was bloody, Well I thought nothing of it, at the time.
Well , I came in for a since & noise surgery,? Why is my arm pit bloody ??????
Now after ,knowing ,what Bryan LGH was doing IS
Trying a new way to track people,
By inserting a GPS Device in people, Illegally.

Woolman clearly doesn't have a lawyer helping out with the suit. Apparently in the section asking for what relief he's seeking, he wrote "pain and suffering and mental anguish" without any specific demands.

OK, so let's be honest here: It seems likely that Woolman's lawsuit is just an attempt to shake down the hospital for some money. If (and that's a mighty big "if") Woolman is telling the truth - and can prove it - then he's in for a pretty serious payday.