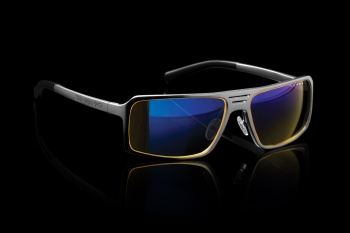 I don't know exactly what "technology eyewear" is but I do know that with custom spring hinges, magnesium alloy frame, adjustable nose pads and "venting details inspired by the latest technology in military machinery," these bad boys from Gunnar Optiks-with-a-K are just the thing you need to take your game to the next level and impress the ladies, all at the same time.

"Not only will the limited edition eyewear provide a visual advantage to gamers through those long nights of intense action," said Gunnar Optiks President Rob Aarnes, "but they will be able to show their affinity for the new blockbuster and look badass while playing it."

There's no word on when these awesome indoor sunglasses will hit the shelves but preorders will be available starting in late August from Best Buy, which will be the exclusive retailer of the Modern Warfare 3 Gaming Eyewear in North America. They'll also be available in Europe from "select retailers" that will be announced in the coming months.