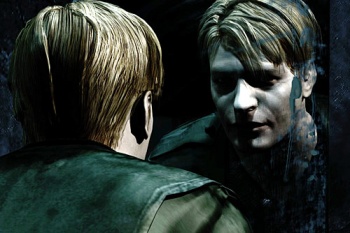 The original James Sunderland says that people are talking about him and Silent Hill 2 without having all the facts.

Guy Cihi, the original voice actor for Silent Hill 2 protagonist James Sunderland, has struck back at the idea that he is the reason that Konami has re-recorded all the voices for the HD re-releases . Despite claims from his replacement, Troy Baker, that he was holding out for residuals, he says that his issue with Konami has never been about the money.

"Troy didn't have all the facts when he spoke and I don't think Devin or Tom have all the facts either. I am not the only reason Konami decided to record new voices. I'm just the nail sticking up that some people chose to hang blame on." Cihi is presumably talking referring to Devin Shatsky and Tom Waltz, who are both currently working on Silent Hill: Downpour.

EDIT: It's a lot more likely that he's referring to Konami's Tomm Hulett, a producer for the Silent Hill series.

He said that Konami never had - and still didn't have - permission from the original Silent Hill 2 cast to use their performances for anything other than the PS2 version of the game. However, he said that now that he had given permission - something that he did in an open letter on his Facebook page - the other cast members would do the same in order to "maintain the integrity of the game." He said that Konami had acted poorly and cited his removal from Silent Hill 2's making of video as an example.

He implored Konami to make things right not just for him, but for the fans, the new voice cast, and even itself. "All Konami has to do is meet the request of thousands of fans and restore the original voices alongside the newly recorded ones," he said, "It will cost them nothing because no work is required. What's to stop everyone from coming out a winner in this? "

It's not unheard of for a game to have two different voice tracks, although usually it's an English one and a Japanese one, or something along those lines. Whether Konami would be receptive to the idea is anyone's guess. The collection doesn't come out until next year, which would suggest that the time needed to include the original voice track is there, but despite having the recording already, it's additional effort and expense to include it, and it's something that most people probably won't care all that much about. It really comes down to whether Konami feels the goodwill it would gain from doing it would be worth the cost involved.

Gallery of the Day: 8 Horror Games You Should Play With the Lights Off ffronw 13 Comments