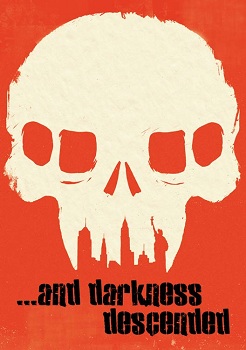 Sony teams up with a London theater company for an interactive Resistance 3 promo.

Game ads have taken lots of forms, from traditional print media to staged protests. Sony now intends to add one more option to the list: improvisational theater. From September 1st through 4th, the London theater group Punchdrunk will perform an interactive piece called ... And Darkness Descended, which casts participants as surviving humans in the alternate 1950s world of Resistance. Audience members, acting alongside Punchdrunk actors, will do their best to stay alive during an alien invasion and decide whether their companions live or die.

Unlike a typical theater experience, interactive theater does not involve the audience sitting passively as a story unfolds in front of them. For ... And Darkness Descended, ticket-holders will converge at the Waterloo Station Arches and cooperate with Punchdrunk as they learn the Resistance story and then do their best to survive and advance the plot. Further details are sketchy at this point, but more should emerge once the play's run is complete.

In addition to being a novel advertising technique, this project marks one of the first convergences between gaming and live theater. If the project is successful, it could spawn future collaborations between game developers and theater companies.

Source: The National via GamePolitics