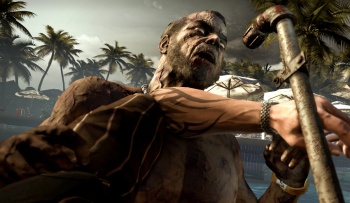 Technically-minded PC gamers have poked around in Dead Island's code and uncovered what could be the gaming mistake of the year.

It seems that the PC version of Dead Island isn't behaving quite like you'd expect, with people reporting bugs by the bushel, as well as other oddities like turning on no-clip at the touch of a button. Players have rightfully asked how something so obviously unfinished could have been released, and it seems that the answer is that the Steam version never should have.

A curious player started poking around the game's code, and discovered that the Steam version of the game is actually a developer build. There seems to be some dispute over whether this is a development build of the Xbox 360 version released by accident, or a master development build which all the other versions sprung from. Nevertheless, the consensus seems to be that someone has released the wrong version to the public, and that is what is causing all the problems.

None of this is confirmed just yet, although it would be a much smaller PR disaster for developer Techland and publisher Deep Silver if it were. It's one thing to make a mistake a put out the wrong version, but it's quite another to release a thoroughly broken and unfinished game on purpose, and while neither option is especially good, the former is undeniably less bad. We've reached out to Techland and Deep Silver for comment, and will update the story if/when we hear back.

(Thanks to awesomeClaw for the tip.)