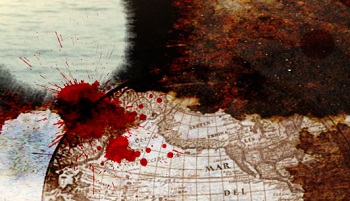 You may be surprised to learn just what Slavery: The Game was advertising.

We were baffled when we saw the trailer for Slavery: The Game, which suggested that players would be able to discipline and exploit slaves with a variety of weapons, hearkening back to a time when white Europeans ruled the world, and many of the people in it. The premise seemed too outlandish to be a real game, but the trailer's true intent remained a mystery. Now, a Dutch filmmaker has revealed the truth: The trailer was part of a viral marketing campaign for an upcoming documentary about slavery in the Netherlands.

Lyangelo Vasquez, one of the researchers behind the project, spoke with Gamekings, a Dutch gaming site with a presence on MTV and revealed his intentions. "[We wanted to] attract the attention among a younger crowd," said Vasquez. "It's a bad part of history, and people don't like to talk about it." Vasquez went on to discuss how Dutch schools often gloss over slavery, and his desire to be proud of his Dutch heritage while acknowledging its past mistakes.

In retrospect, the one very small hint that Slavery: The Game was advertising a Dutch documentary was Javelin Reds Gaming, the company supposedly behind the game. "Javelin Reds" is an anagram of "de slavernij," the Dutch term for slavery.

Whether the trailer was a brilliant marketing stunt or a pillar of poor taste, it succeeded in getting people talking about slavery. When De Slavernij premieres, the numbers will determine whether it drew people in or pushed them away. The documentary will premiere on the Nederland 2 network on September 18, 2011 at 10:15 PM.