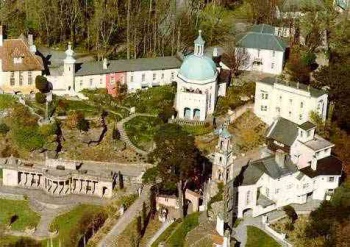 A D.C.-based company is funding a $200 million ghost city that will be used for testing purposes.

New Mexico is already associated with a bizarre incident, so why not add more weirdness in the form of a purposefully abandoned city? The Center, a 20-square-mile area capable of housing 35,000 people, will give innovators a place to test out new tech without the possibility of harming people.

To ensure accurate testing, some buildings will feature a modern style, whereas others will be constructed to simulate old buildings. The area will have working utilities, traffic-control systems, and business and residential districts.

There's also nobody around to see what's going on, if you want to take this in a creepy, Umbrella Corporation direction.

Bob Brumley, CEO, asserts the $200 million project will be the first of its kind in the United States.

"The idea for The Center was born out of our own company's challenges in trying to test new and emerging technologies beyond the confines of a sterile lab environment," Brumley said. "The Center will allow private companies, not for profits, educational institutions and government agencies to test in a unique facility with real world infrastructure, allowing them to better understand the cost and potential limitations of new technologies prior to introduction."

Any bets on what they'll do with The Center once the testing stops? I've heard Aperture Science is looking to expand facilities. Or maybe they'll turn it into The Village, perhaps?