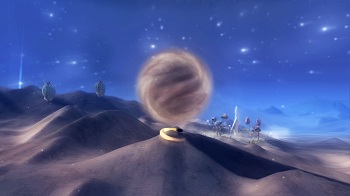 As promised, Ubisoft has patched out the DRM in the PC version of From Dust.

If there's one thing we've learned in recent months, it's that Ubisoft and DRM go together like oil and stupid. But full credit where it's due: the company promised a couple weeks ago to remove remove its asinine copy protection from the PC version of From Dust and today, as though commanded by an unseen god-figure looming above us, the deed is done.

The latest Steam update to From Dust allows the game to be played entirely offline and also transfers the save game file from Ubisoft's servers to local machines. Sadly, according to Rock, Paper, Shotgun, the patch does nothing to address any of the game's other issues, but one step at a time, right?

Call me an optimist if you will, but I'm hopeful, just a bit, that this could signal a rethinking in Ubisoft's DRM policies on the PC. The publisher has so far stuck to its guns with the PC release of Driver: San Francisco, a much higher-profile [and higher-budget] game, but, again, baby steps are sometimes the best way to start. If Ubisoft sees a positive response to the removal of the From Dust DRM and continues to feel pressure over its policies with other games, we might just see things take a meaningful turn for the better in the not-too-near future.