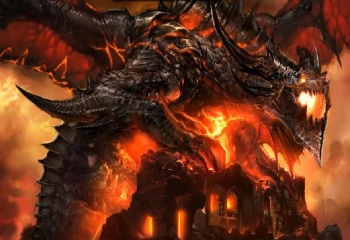 Tito: What else about the raid finder is going on?

Brack: We really want it to be a way for players to get into and experience the highest level of raid content. Right now we have some PUGs (Pick Up Groups) that are able to work where it's a very manual process for players to do it. They're probably not able to do the highest level of content but there's something that they want to do. What if we, instead of having players kind of struggle to get this group together so that they can experience a content level behind, what if we just create a system that allows players to auto match make and automatically facilitates them getting into the most recent content at a different difficulty level.

Tito: I've never been able to raid myself as I've never had the time to wrangle players. This might be a way to make that much easier

Brack: Very similar to the way the dungeon finder works where you can log in and say "I've got an hour and I want to run a dungeon." Click on dungeon finder and let the right thing happen. We're trying to make this at some same level of frictionless entry where you can go on and experience Deathwing content and immediately get on and enjoy that content.

Brack: There's one more piece which is an announcement that we're releasing a rogue legendary weapon. Specific for rogues, so it will be a dagger. There will be some sort of quest, traditionally we've done these quests that players need to participate in order to create the legendary weapon in this case we'll be focusing on rogues that will try to make that happen.

Tito: Do you know what it's called yet?

Brack: We do not?

Tito: How does it fit into the lore?

Brack: We haven't decided on the name and how it's going to work, we just know that we really want a legendary weapon to come out of this tier and we really want it to be a rogue dagger. That's really all we know at this point. As time goes on we get a lot more lore, a lot more story, an "in" to the creation of all the legendary weapons. We really did a lot with the legendary axe that you got out of Lich King and then we've had other legendaries with the Cataclysm tiers that have had these storylines, we're hoping this one's going to be the most exciting, the most epic legendary quest line.

Tito: I'm sure that'll make all of the rogue's happy. I'm going to be attending BlizzCon in October, is 4.3 going to be released before then?

Brack: We do not announce dates.

Tito: Are you thinking in the next couple weeks? Months?

Brack: 4.3 is not currently out of PTR (Public Test Realm). There will be some PTR time that we want before the patch actually goes live and we haven't currently released to the PTR. So not next week is the answer.

Tito: Not soon. I have tons of questions about the next expansion but that's not something you can really talk about.

Brack: That sounds like something we may potentially be talking about at BlizzCon.

Tito: Does it have to do with pandas?

Brack: That sounds like something we may be talking about at BlizzCon.