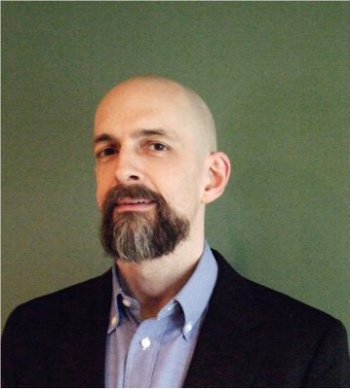 Along with William Gibson's Neuromancer, Snow Crash is probably the most well known depiction of a dystopian future society governed by what happens "online." In the 1992 novel, Stephenson described a Second Life-like 3D marketplace/playground called the Metaverse. He thought that TV, the internet and the American mall would be the market forces that would bring such a virtual reality innovation about. But as Stephenson explores in his new book REAMDE, MMOs and online gaming are the forces that begat his Metaverse.

"When I was thinking up the Metaverse, I was trying to figure out the market mechanism that would make all of this stuff affordable," he said in an interview with Forbes' David Ewalt. "Snow Crash was written when 3D imaging graphics hardware was outrageously expensive, only for a few research labs. I figured that if it were ever going to become as cheap as TV, then there would have to be a market for 3D graphics as big as the market for TV."

For whatever reason, Hollywood did not grasp the possibilities of the internet as quickly as the gaming industry did. "What I didn't anticipate, what actually came along to drive down the cost of 3D graphics hardware, was games," explained Stephenson. "The virtual reality that we all talked about and that we all imagined 20 years ago didn't happen in the way that we predicted. It happened instead in the form of videogames. And so what we have now is Warcraft guilds, instead of people going to bars on the street in Snow Crash."

Stephenson even thinks that the so-called virtual worlds that sprang up in imitation of his ideas of the Metaverse like PlayStation Home, Second Life and Habbo Hotel will not survive. "It's just inherently more interesting to enter into an art directed alternate world, where you can go on adventures and get into fights and engage with the world that way, than it is to enter a world where all you can do is kind of stand around and chat."

Even though his books are usually 1,000 page monsters full of big ideas, I've been a fan of Stepehenson's work. His latest book REAMDE has been described as much more plot-focused, a kind of spy thriller taking place in a fictional fantasy MMO called T'Rain. Stephenson has played and enjoyed games like these for a while, and he sees the monetization of labor in a game like World of Warcraft with gold-farming as a very compelling way to tell a story.

"I hesitate to say I'm much of a gamer, because every time I go online and try to go up against the average ten year old boy, I get my butt kicked so hard that it becomes clear I can't lay any claim to that title," Stephenson said. "But I certainly do my share of game playing, and I've been aware of the gold farming phenomenon for a number of years. I always thought it was kind of an interesting feature of that universe, and in this case it happened to dovetail quite naturally with the plot."

After reading his thoughts on games and the new Metaverse, I'm even more excited to delve into REAMDE than I normally would be for a Stephenson novel.