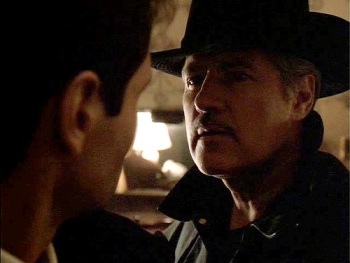 Scientists have discovered that WiFi signals can be used to measure fluctuations in a person's breathing, a breakthrough that opens up a whole new realm of secret surveillance possibilities.

Did you know that the simple act of breathing is enough to affect the signal strength of wireless equipment? Apparently so; Professor Neal Patwari, the director of the Sensing and Processing Across Networks lab at the University of Utah noticed the signal variations while testing some new equipment awhile back, which led him to set up an experiment to see just how accurate a wireless detection system could be.

He set up 20 "inexpensive, off-the-shelf" wireless devices broadcasting at 2.4 Ghz around a hospital bed, set to measure signal strength at four times per second, and then had a quick lie-down. The signals bent around his chest as it rose and fell with his breathing, causing fluctuations in travel time and signal strength; after just 30 seconds, the network was able to estimate his breathing rate to within 0.4 breaths per second.

Patwari said the technology could be adapted for use in sleep studies and lung capacity tests, both of which currently require patients to be hooked up to machines via cumbersome wires and tubes. But I think we all know that the real value of this technology is far more sinister. An earlier study by Patwari showed how wall-penetrating WiFi signals could be used to track movement from outside a home, but the accuracy demonstrated by this new test opens up a whole new realm of surveillance possibilities, allowing the Powers That Be to track people with far greater fidelity than ever before, just about anywhere they go. They may not be watching you yet, but they will be soon. And they'll be using your Dlink to do it.