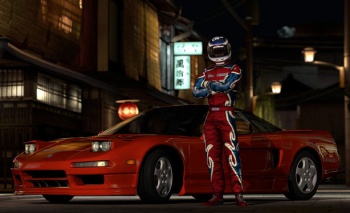 Gran Turismo 5 is due for its "biggest update yet," and best of all, it's entirely free.

Dubbed "Spec 2.0," the downloadable update brings with it a host of improvements for Polyphony Digital's hyper-realistic racer. Though it currently lacks a solid release date, Sony claims it will appear in "the next few weeks."

With this new update, all cars in the game will now have interior views. Although the level of visual details will vary based on what car you choose, you can now race from behind the wheel of any car in the game. In addition, you'll be able to get the 2011 season versions of the 11 NASCAR race cars for the first time.

Some of the other improvements introduced are greatly reduced load times when loading races, quicker menu response times, and adjustable opponent AI in Arcade Mode. Players will now have the option to save their progress during lengthy racing events so they can come back and finish at a later time, and can also adjust weather conditions for races using a slider function that goes from mild to severe.

The wildly popular Photo Mode has been updated to allow players to take pictures with their personalized driver avatars with customizable racing suits and helmets. You can even fast-forward and rewind race replays now to better capture that key moment in the race.

For those who enjoy racing online with your fellow gearheads, we're expanding the shuffle race mode. As with the same feature in Gran Turismo PSP, this allows friendly competition between players of different skill levels. Players setting up online races will also have a host of new regulations available to customize their own events. New bonus incentives are introduced for players who log in and play on a consistent basis.

Likewise, the blog also promises a host of upcoming announcements over the next few weeks regarding new vehicles and tracks for the game to be released as downloadable content.

Finally, Sony also wants to make sure that any of you prospective racers who still don't own a copy of the game can get in on the action. As of now, Gran Turismo 5 is available for $40, a $20 drop from the game's original retail price.

Given the imminent release of the Xbox 360's Forza 4, this news should come as little surprise. Will it be enough to ensure that Sony's exclusive racer can survive the inevitable storm of excitement for Microsoft's new game?

(That wasn't hypothetical guys. Seriously. I want to know. Can anyone get Jeremy Clarkson on the phone? Or, failing that, Adam Ferrara?)