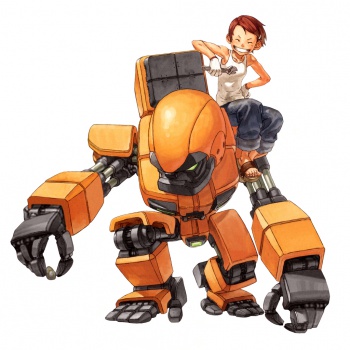 Monkeys with virtual arms: breakthrough in technology to help the disabled or premise for the next Planet of the Apes movie? You make the call.

Dr. Miguel Nicolelis, of Duke University Medical Center, is a man with a dream. A dream of restoring feeling and functionality to the disabled. A dream that is now a bit closer to reality thanks to some cybernetically-enhanced simians.

The monkeys have been implanted with a brain chip and a series of electrodes that allows them to feel sensations through an arm that is not their own. These primates can "feel" the texture of objects as easily as they might through their natural limbs, which is an important step toward creating artificial arms and legs capable of replicating natural human movement.

Imagine you're standing in a field of grass, barefoot. Every time you take a step forward, your foot contacts the ground and a complex series of sensations tells your brain how to react to this latest step. Is the ground smooth enough to stand on? Are there any bees hidden in the grass? This is the kind of thing we all take for granted, but is a huge hurdle in designing faux limbs, whether they be legs or arms.

Dr. Nicolelis' team hopes to one day create an exoskeleton that will restore a close analogue of natural movement to the disabled using these same kinds of brain-stimulating implants.

"The patient will be able to use their brain to control their movement, but they could also get sensations back from their legs, arms and hands," Nicolelis said.

"We are looking to have a demonstration of this in time for the World Cup in 2014. When the Brazilian team walks on to the field, we want them accompanied by two quadriplegic teenagers who will walk on to the pitch and kick the ball using this technology."

For now though, the technology is relegated to test monkeys, who seem to be growing increasingly capable at using their phantom limbs. In a series of tests described by the UK's Guardian newspaper, the monkeys learned to use their virtual arms to feel out a three-dimensional space. When they moved the prosthetic hand into a certain area (again, with only the power of their minds), they were rewarded with a bit of juice. According to researchers, this kind of simple reward system is enough for the primates to grow quite proficient at using the new limbs relatively rapidly.

That, in particular, is what gives Dr. Nicolelis hope that this tech can be applied to human patients. "The remarkable success with nonhuman primates is what makes us believe that humans could accomplish the same task much more easily in the near future," Nicolelis said. "We hope that in the next few years this technology could help to restore a more autonomous life to many patients who are currently locked in without being able to move or experience any tactile sensation of the surrounding world."