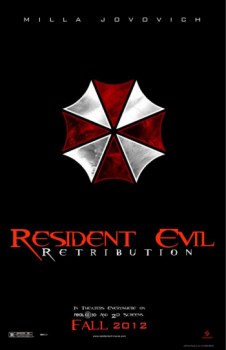 An accident on the set of the new Resident Evil film left paramedics struggling to pick out real victims from people who were just dressed up like zombies.

16 actors were injured on the set of Resident Evil: Retribution, currently filming in Toronto, when the wheeled platform they were standing on shifted unexpectedly while they were moving to a different platform. The sudden movement caused them to fall about five feet, leading to various leg, back and arm injuries. 12 people were transported to hospital, although none of the injuries are life-threatening.

Emergency responders got a big shock when they first arrived on the scene, however, as the injured actors were made up like zombies, creating the appearance of some horrific disaster and making it difficult for emergency responders to initially assess the situation. "I could see the look on the first paramedic, saying, 'Oh my God'," said Toronto Emergency Medical Services Commander David Ralph.

"It did kind of catch us off-guard when we walked in," added Toronto Police Sgt. Andrew Gibson, although he said that medical personnel were able to get things straightened out quickly.

Milla Jojovich, the star of the film, wasn't on the set at the time of the incident, which has been classified as an industrial accident. The Ontario Ministry of Labor is investigating.