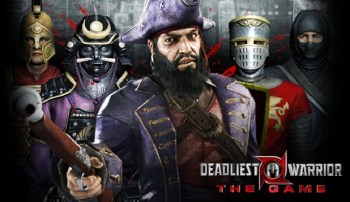 The head of Deadliest Warrior studio Pipeworks Software has quit following revelations that his claim of being a former Green Beret were "exaggerated."

Released in mid-2010, Deadliest Warrior: The Game appears to be an eminently forgettable fighting game based the Spike TV program of the same name and would probably have remained entirely unnoticed by the mainstream gaming audience but for the controversy surrounding Robert Daly, the head of Pipeworks Software. Daly has claimed several times in the past, including in a developer diary posted on IGN and on Spike.com, that he was a former member of the Special Forces, but that turned out to be not entirely true.

IndustryGamers reported earlier this month that ProfessionalSoldiers.com, which outs military frauds, had obtained Daly's service record and discovered that he had never served in the Special Forces. Instead, he was an intelligence analyst attached to a now-defunct Special Forces Group from 1991 to 1994. Foundation 9, Pipeworks' parent company, initially released a statement in support of Daly, claiming he had offered evidence to back up his claim, but Professional Soldiers founder Jeff Hinton said Daly's orders made it clear that he was "an Intelligence Analyst and not a Special Forces soldier."

"Robert Daly was NEVER a Green Beret or a Special Forces soldier as all of the internet articles have stated," he said. "Our statement stands, that Mr. Daly is a fraud."

Hinton also took Foundation 9 to task for its support of Daly and statement that the definition of "Green Beret" is a matter of "nuanced debate." Before that could get out of hand, however, Daly announced his resignation on the Professional Soldiers forum. He had been with the company for five years.

"I am honored to have served with the 12th Special Forces Group as an Intelligence Analyst (96B) from 1991 until 1994. While I wore the green beret as part of my uniform, I utterly regret that I have misrepresented my role by creating the impression that I was a 'Green Beret.' I have nothing but the utmost respect for the Green Berets and my fellow servicemen, and I respectfully apologize to the Special Forces community," he wrote. "At this point in time for the best interests of Pipeworks Software and F9E I am voluntarily resigning my position of Studio Head of Pipeworks effective immediately. Furthermore I have no plans on appearing in any more episodes of Deadliest Warrior."