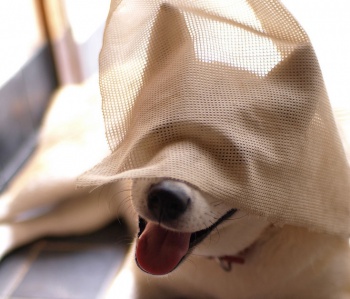 Aaron Rasmussen and Michael Astolfi want to create a game with no visuals, and they want your help to do it.

In short, the duo's Kickstarter project (appropriately dubbed "BlindSide") hopes to fund a Mac and PC game that is equally accessible to visually impaired gamers and those of us who can see. Rasmussen had an accident during high school that left him temporarily blind, and the two friends were inspired by this event to craft an entirely new kind of gaming experience.

While I'm quite intrigued with the idea of a game lacking imagery, the real reason I'm giving this thing press is that the duo's stated motivation for creating the game really spoke to me. To wit:

Aaron was blind for a short period of time in high school following a serious chemistry accident. This provided much of the inspiration for BlindSide.

At the time, those were NEW experiences and they were amazing. We've had beautiful experiences from games like Limbo, Alice, Flower, and Braid, and we've had new adventures from games like LA Noir and Mass Effect, but we wanted to let players explore something new, and something from Aaron's past. To do that, we decided to take the "video" out of video games.

Even forgetting the laudable goal of bringing games to those who could normally not enjoy them, I'm all for the idea of creating novel experiences, and that seems to be a point on which Astolfi and Rasmussen agree.

Also, the description of the game itself sounds pretty awesome:

Because of the significant role that discovery plays in the game, we don't want to give too much away, but here's what we can tell you: BlindSide is about a young couple, Case and Dawn, who wake up blind, and find that there are monsters outside in the darkness eating people. You control Case as he and Dawn try to escape danger, and uncover why they can no longer see, what's outside eating people, and what they are going to do about it.

The Kickstarter project page has so far pulled in $1,911 of its $7,000 goal. There's still 41 days left before the project ends though, so if you'd like to donate, you've got until December 1.

So go do that. I want to see this thing get made, and what else are you going to spend your money on? Bubblegum and penny dreadfuls, no doubt.