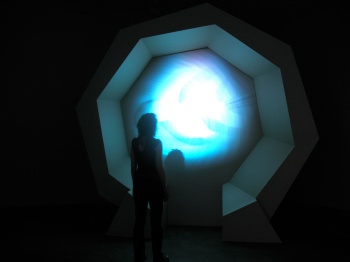 Lord British thinks that EA and Blizzard may not view Zynga as a competitor right now, but they will if they don't invest in the casual market soon.

You've got to hand it to Richard Garriott: For a guy who's been in the games industry as long and as successfully as he has, he has every right to rest on his laurels. However, neither the sale of his mansion, nor founding his own company, nor the perils of space travel have slowed him down. He's still one of the first voices to weigh in on industry trends, and more often than not, he's got something smart to say. His latest advice is to gaming giants Blizzard and EA, suggesting that the two should view Zynga as a serious competitor, and the casual market as a lucrative business opportunity. Unless the core gaming companies diversify, argues the Lord of Britannia, they will allow up-and-coming competitors to dominate the casual space and lure core gamers away.

Garriott believes that the separation between core and casual markets is a temporary condition, and that all it will take to lure away traditional gamers is an increase in title quality. "Right now, [those] worlds seem very distinct, and very separate, and very noncompetitive ... I think within a few years, you'll see that's not really the case," says Garriott. "I think you'll see that the quality level that comes up through the casual games will rival the quality of traditional massively multiplayer games and then ... it's something that virally spreads."

This view did not arise in a vacuum. Garriott worked on Tabula Rasa, a traditional MMO for NCSoft, before transitioning over to its casual games team. When NCSoft decided that a casual suite was not necessary, Garriott and his team left to create their own company. During his time working there, Garriott observed firsthand a slow decline for the MMO that paralleled an unprecedented rise in the social market. Now, many core online games appeal only to a specific niche audience. "That's the only reason that I've switched. [The] people who are at the big companies of a previous era very commonly miss these shifts."

As for Blizzard (which he considers "one of the best" developers) and EA, Garriott believes the market would be poorer without them, but they'll need to do some work to remain viable. "The only reason Zynga exists is because people like EA, people like Blizzard, failed to step in," he explains. "And so each of these major upheavals allows new, major corporations to come in and fill that space ... and then leaves the big companies of the previous iteration actually trying to catch up."

EA and Blizzard have made some enticing overtures to the casual market. Garriott's advice to EA may even strike some as odd, considering the enormous amount of money it invested in casual gaming juggernaut PopCap. When the time comes, will Blizzard and EA be able to compete with Zynga - or whichever upstart company comes next?