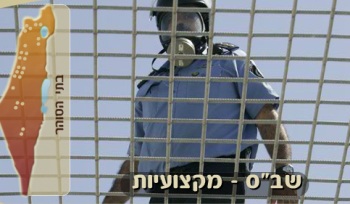 A Tel Aviv judge has denied an Israeli prisoner's request for a game console in his cell because there's no reliable way to disable the unit's WiFi.

A prisoner serving a sentence of 16 years in an Israeli jail filed a petition to have an Xbox 360 or PlayStation 3 installed in his cell. Prisoners in the past were allowed to buy PS1 systems, he said, so he wanted an up-to-date rig for himself that would be "neutralized" to prevent any possibility of connecting to a wireless network. But the Israeli Prison Service opposed the idea, based on a "professional opinion" that "there are communication channels which cannot be blocked."

A Tel Aviv District Court sided with the prison service last month, denying the prisoner's application based on the IPS opinion that wireless adapters in current-gen hardware cannot be reliably disabled. "The problem is that the IPS opinion indicates that this action of disabling the internet connection device is completely impossible," the court ruled. Because the risk to prison security outweighs the benefits to prisoners [and, presumably, stressed-out prison staff], the petition was denied.

It's interesting, however, that the court did seem to note the value of having game consoles accessible to prisoners, saying [in a roughly Google-translated statement] that they are "part of the delicate management of the prisoner population." I don't know how the Israeli prison system works but the country is located right in the middle of a pretty rough neighborhood, so I would think they'd know a thing or two about keeping a lid on an unruly crowd. Lessons for the rest of the world, perhaps?