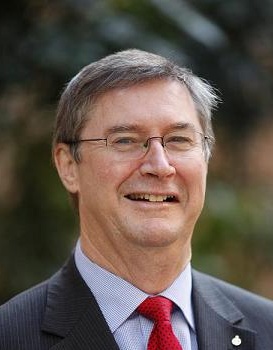 An Australian Attorney General has changed his tune on R18+ game ratings and now wants a ban on games like Grand Theft Auto and Saints Row.

The name Greg Smith may not be as instantly recognizable as, say, Michael Atkinson, but that might be about to change. Despite making hopeful noises about Australia's slow but seemingly inexorable march toward an R18+ videogame rating, Smith, the Attorney General for New South Wales, now says that games like Grand Theft Auto should be banned outright.

"I think they should be banned," Smith said in a televised report on Australia's 7 News. "It involves a prostitute giving sexual favors for money to a man in a car, and then when she gets out, he comes out with a semi-automatic rifle and shoots her dead. Now what good does that do anybody?"

Smith's comments aren't entirely surprising, as he was the AG who threatened to derail the R18+ process by abstaining from a vote on the matter during the summer meeting of the Standing Committee of Attorneys General. He said at the time that "more work needs to be done on the issue," although he also said after the fact that he was "delighted that an agreement had been reached" and that he didn't expect New South Wales to hold things up for long. He insisted that further consultations were still necessary but added, "I'm sure there will be a reasonable compromise established, so that the nation will move forward."

It remains to be seen how Smith's apparent intransigence on violent games will affect Australia's R18+ process. The legislative changes required to implement a new rating for videogames requires the unanimous consent of all AGs, which is how Atkinson was able to keep it happening for so many years, but Brendan O'Connor, Australia's Federal Home Affairs Minister, seems determined to make it happen one way or another. In fact, O'Connor released the final guidelines for an R18+ game classification in Australia today and made a point of addressing Smith's concerns.

The final guidelines are as follows:

"I am confident we'll have R18+ passed in the first few months of next year," he continued. "I know some people are concerned about the time but it's been going on for a decade, and we've made great progress. Everyone is working towards legislating for change."

In the meantime, ironically, hilariously, whatever you want to call it, Grand Theft Auto IV remains rated MA15+ in Australia.