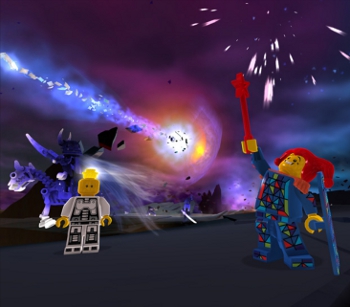 Next January, Play Well Studios will be disassembling its massive Lego project due to a lack of paid subscribers.

The Lego Group has officially announced that MMO Lego Universe will be shutting down on January 31st, 2012, after only fifteen months since its release. According to Jesper Vilstrup, a Lego Group executive, the game was good, just not enough to make players actually pay for it.

"Right now, we have almost two million players in Lego Universe, and we get extremely positive feedback from players," said Vilstrup. "Unfortunately, we have not been able to build a satisfactory revenue model in our target group, and therefore, have decided to close the game."

As part of the announcement, Vilstrub congratulated Play Well Studios on its effort, even as the game closes much earlier than anticipated, saying, "The Lego Universe team can take pride in having developed and launched a great Lego experience that many players will miss."

Regardless of how proud that team may or may not be, so goes Lego Universe, so goes their livelihood. Between the closure of Play Well Studios in Colorado and a separate Denmark-based marketing team, 115 people will be unemployed come January of next year when the game officially goes offline for good. The Lego Group has promised to help those laid off find work, but the details of how they plan to do so haven't been announced.

In a world saturated by successful free-to-play casual MMOs, it seems surprising that Lego Universe wasn't a slam dunk. Everything about the toy seems perfect for a conversion--different worlds with unique architecture and items, avatars literally built for customization, a fan-base consisting of everyone who's ever been age ten-but somehow, Lego Universe just couldn't stay afloat. It really makes you wonder just what exactly went wrong.