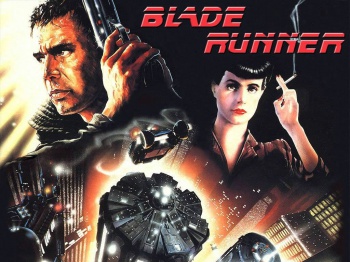 Blade Runner director Ridley Scott has agreed to helm a follow-up to the 1982 sci-fi epic.

For those of you born post-1990, Blade Runner is an adaptation of Philip K. Dick's novel Do Androids Dream Of Electric Sheep? Superficially it's the story of a man hunting down android killers, though (depending on which version you watch) it also serves as a meditation on what it means to actually be human.

The film features Harrison Ford, Sean Young and the most intense Rutger Hauer performance not centered on transient vigilantes. Most critics adore Blade Runner, and rank it alongside Alien (another film directed by Scott) as one of the finest science fiction efforts ever committed to the silver screen.

Now, nearly 30 years after the film's debut, Scott has agreed to revisit the universe. Speaking to the Wall Street Journal's Speakeasy blog, Scott said production is already rolling along nicely, and that he is currently seeking a screenwriter to assist in crafting a final script.

"I think I'm close to finding a writer that might be able to help me deliver. We're quite a long way in, actually," Scott says.

Revisiting his early successes seems to be a key theme for Scott these days, as the director recently finished filming Prometheus, a movie tied to the same mythos as 1979's Alien.

So, what would you like to see in a new Blade Runner film? I've got my fingers crossed for some of them glittering C-beams.

The Martian - In Your Face, Neil Armstrong Marter 44 Comments
Comments on