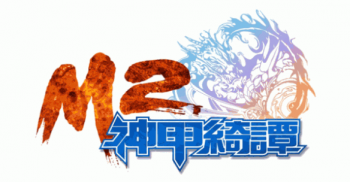 Japanese MMO M2 has been shut down after the game was accidentally deleted during server maintenance.

M2 was taken offline at 8PM on the 21st of October due to a "critical issue" one of the game's main servers. Whatever the problem was, it's kind of a moot point now, because the game isn't coming back. Neither current game operators Hangame nor Sankando, the original developer, could restore the game data, and this seems to be another case of developers playing fast and loose when it comes to backups.

M2 had a fairly small user base, but it was heavily based around microtransactions and premium items, so chances are there's more than a few angry players lamenting their lost time and money. Hangame is issuing "conditional" refunds to certain players.

The shutdown brings the whole microtransction model into question. If persistent games can disappear so abruptly, and for such an easily avoidable reason, then all of a sudden those fancy in-game items don't seem like such a solid investment. Now if you'll excuse me, I've got some hats to sell.

Non-Player Counselor: Nobody Wants Teemo in the League of Legends Firefilm 11 Comments
Comments on