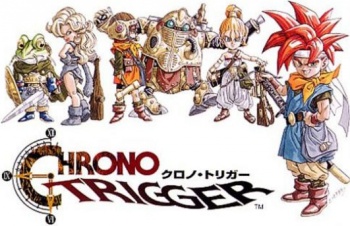 Just in time to be an iTunes stocking stuffer, Chrono Trigger's iOS release is just around the corner.

You can't fault Square Enix for milking player nostalgia when it comes to Chrono Trigger. After all, the game is widely-regarded as one of the best RPGs of all time and - since it was initially put out on SNES - the publisher's re-released it on PlayStation, Nintendo DS, mobile phones, Virtual Console, and the PlayStation Network. Now, the game is due out for yet another platform: iOS devices.

Chrono Trigger has been updated for iOS in order to support touch screen controls, but the game is reportedly unchanged, otherwise. This includes keeping the original SNES graphics in place. Additionally, the in-game text will be available in Japanese, English, French, German, Spanish, Chinese, and Italian.

Square Enix hasn't been slacking when it comes to porting classic games to iTunes. Titles like The Secret of Mana and Final Fantasy III have proven insanely popular, as have original games like Crystal Defenders and Song Summoner.

Currently, a definite release date other than "before the end of December" and a price point have yet to be announced. An Android build is supposedly in the works, too, but details are more than a little fuzzy about that right now.