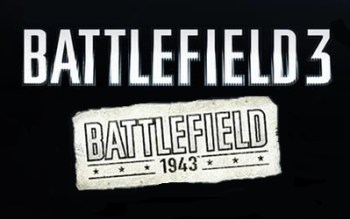 Electronic Arts has decided to come across with those free copies of Battlefield 1943 that it promised to PlayStation 3 owners who purchased Battlefield 3.

"Buy Battlefield 3 for the PlayStation 3," EA said, "and we'll give you a free copy of Battlefield 1943!" So lots of people did - that's a pretty sweet deal, after all - and then EA said, "Well, actually, we changed our minds on that. You can have early access to the DLC instead, which you were going to get anyway, but, well. Whoa! Look at the time! I gotta go."

That ridiculous bait-and-up-yours didn't sit well with Team PS3 and you can probably guess what happened next: class-action lawsuit. The lawyers asked for the standard "compensatory relief" and all that but said that what they were really after is just what was promised in the first place: Battlefield 1943.

And not that the threat of legal action had anything to do with it, but EA has now decided to make with the game. "There have been some misunderstandings around Battlefield 1943 and Battlefield 3," the company said in a statement. "To address this we are making Battlefield 1943 available free of charge to owners of Battlefield 3 on the PS3 beginning this month."

I'm not really sure how taking people's money in exchange for a product and then refusing to deliver that product is a "misunderstanding" but all's well that ends well, I suppose. You will have to jump through a few hoops to get the game, though, starting with a trip to 1943redemption.battlefield.com on November 26 for PSN Europe, December 10 for PSN America and December 17 for PSN Asia and Japan in order to pick up your BF1943 voucher. The vouchers will apparently be available for one day only for each region and do not work across regions, so don't miss your day!

It seems like kind of a clumsy way to handle the situation but given that it was ham-fisted bumbling that got EA into this mess in the first place, I suppose that shouldn't come as too much of a surprise. As to whether or not it'll be enough to head off the lawsuit, we'll have to wait and see.