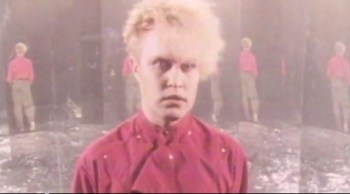 The Islamic Republic of Iran has banned Battlefield 3 because it depicts a U.S. attack on the capital city of Tehran.

This may not come as a tremendous surprise to anyone but just in case there was any doubt, EA's recent Battlefield 3 is now officially unwelcome in Iran. "All computer stores are prohibited from selling this illegal game," a deputy with the security and intelligence division of the Iranian police [presumably the secret one] said in a statement carried by Asr-e Ertebat.

The greater surprise might be that the game is [or was] available for sale in Iran at all. EA has no official distributors in the country but pirated copies of BF3 and other big game releases are readily available at retailers. Many shops apparently saw the ban coming and have steered clear of the game entirely, however, but some unlucky retailers have reportedly been raided and arrested for selling the game even before the ban was announced.

According to Iran's Fars news agency, a group of Iranian youths also launched a protest against the game in the time-honored fashion of an internet petition, which has so far attracted around 5000 signatures. "We understand that the story of a videogame is hypothetical... [but] we believe the game is purposely released at a time when the U.S. is pushing the international community into fearing Iran," it says.

Iran is currently believed to be intensely pursuing a nuclear weapons program, which is expected to lead to a preemptive strike on its research facilities by Israel and, eventually, the end of the world.