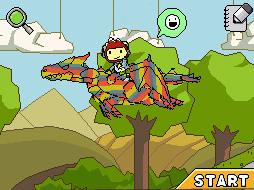 In an interview with Game Informer, Slaczka explained that rising game budgets are making the traditional $60 price-point untenable for most developers. He argues that during the last console generation, development costs were low enough to allow games that don't sell amazingly well to make money, but now we're in the age of HDR lighting, fancy shader effects and bump-mapped everything, games have to sell millions to make back their vastly inflated budgets.

"It's just insane. If you aren't going to be a mega hit at $60, you might as well give up before you even try, because it's tens of millions down the hole," he said.

Slaczka reckons that a game that doesn't sell at $60, might just sell at $40 and that making a sale at a reduced price trumps not making a sale at all. He uses THQ's recent FPS flop Homefront as an example, claiming that the game failed to meet THQ's sales projections not because it was terrible, but because the completion at the full retail price point was too fierce. "As a consumer, why would I want to play an okay FPS when I can play a bunch of great FPS titles for the same price? And that's what the consumers did," he said.

"But what if you could rent Homefront for $4.99 for 24 hours from your console?" he continued. What if Homefront was only $30 dollars upfront for the single player and if you liked it you could buy the multiplayer for an additional $30?"

"All of the sudden it's not a binary purchase option anymore."