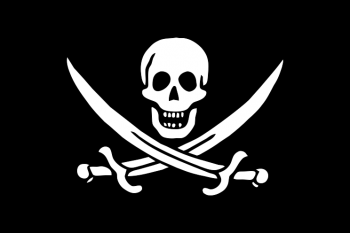 Following a comprehensive study, the Swiss government has ruled that sharing games, music and movies is actually beneficial to copyright holders.

With one in three Swiss citizens sharing media online, the Swiss government recently found itself under immense pressure from media conglomerates to do something, anything to stem the tide of piracy. Nodding sagely, government officials commissioned an unbiased study to finally figure out exactly how piracy affects media sales.

The study's findings were released late last week and not only did it find that file-sharing under the current Swiss copyright laws (in which downloading media for personal consumption is legal) does not damage the income of copyright holders, it claims that file-sharing actually increases the amount of cash people are willing to spend on music, movies and games.

The government report further concludes that even in the current situation where piracy is rampant, the entertainment industries are not necessarily losing money. To reach this conclusion, the researchers extrapolated the findings of a study conducted by the Dutch government last year, since the countries are considered to be similar in many aspects.

The report states that around a third of Swiss citizens over 15 years old download pirated music, movies and games from the Internet. However, these people don't spend less money as a result because the budgets they reserve for entertainment are fairly constant. This means that downloading is mostly complementary.

The other side of piracy, based on the Dutch study, is that downloaders are reported to be more frequent visitors to concerts, and game downloaders actually bought more games than those who didn't. And in the music industry, lesser-know bands profit most from the sampling effect of file-sharing.

Additionally, the study looked at how other countries have implemented anti-piracy measures and deemed the amount of cash spent on trying to prevent file-sharing is simply not worth it. In effect, governments have been spending money attempting to fight an inevitability, and the Swiss study claims that the money could be better spent elsewhere.

By far the best bit of the study though is toward the end. In closing the report suggests that the same media firms that pressured the Swiss government into conducting the study should stop wasting their time complaining about piracy and instead find ways to adapt to changing market conditions created by the mass adoption of internet-based technology.

As a result of the study's findings, Swiss copyright law will remain unchanged, and the people of Switzerland are free to download whatever sort of music they listen to.