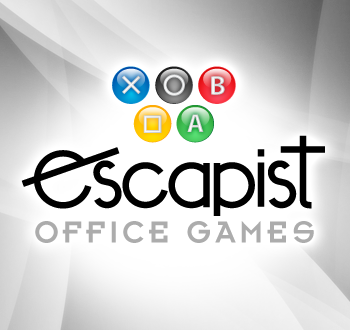 We're in the midst of a battle of relatively epic proportions here at the Escapist headquarters. A few comrades have risen spectacularly to the challenge, yet at least as many as that have fallen battle weary by the wayside, a Nerf dart protruding from the noggin.

In war, the real challenge is to win the hearts and minds of the people. This is your chance, Escapists, to have your mind known. The team that collects the most votes will be granted a 100 point bonus in the broadcasted finale, a sum large enough to tip the scales into even the most beleaguered group's favor.

Hear their pleas, make your choice! 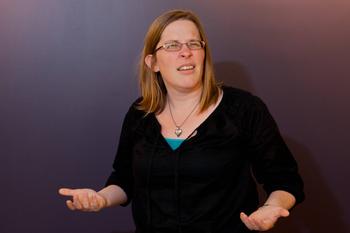 Susan Arendt aka "The Emcee"

Just so you guys know, this is actually the face Susan makes when we whine or try to out lawyer her on the rules. 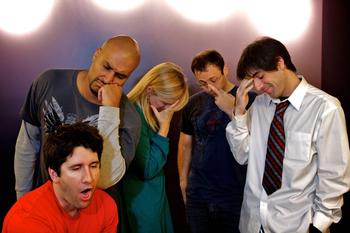 A vote for Team Won is a vote for ZP not being replaced with a video about Pylons! Or maybe it's a vote for Pylons! TEAM PYLON 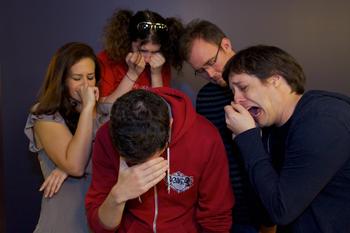 Dance your cares away. Worries for another day. Let the music play. Votes for Fraggle Rock!

The Feral Fraggle Foundation For Fastidious Friendliness (6F) has worked tirelessly to spread the message of dance, play and procrastination throughout the world in order to end rampart unhappiness brought about by worrying today what you can worry tomorrow. Now we need your help! With less than two votes a day, you can help bring the light of joy to a Fraggles eyes and all Muppets everywhere. For less than the price of a cup of coffee, you can save this team! Vote for us because we are not collecting points for the win, we are collecting support for fraggles and humans like you who wish to live in peace, harmony and happiness enshrined in the Manipulators' Accord for Muppet Rights and other international puppet rights standards. Cake. There is also cake. 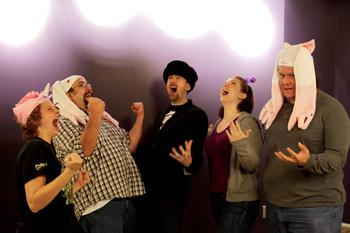 Do you believe in the smell of cinnamon pancakes and domination through mind control? Do you like jet packs and dinosaurs on rainbows? These are the things that Team Pony H. Christ of Latterneigh Saints stands for. While we may not be at the top in the standings, we are first place where it really matters: in the hearts of The People. No matter what happens, Team PHC will come out on top: isn't that a cause you want to get behind?
ckeymel, Dr Strangelove, Archon, Myan, paulgruberman 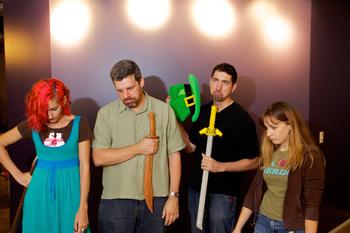 To tell you the truth, the Overdogs don't need your help. As we've said before, we're born winners. We're going to win, but we'd love to have you there, hand in claw, or prehensile tail, or whatever appendage you use for grappling, to celebrate the final victory. And also, we're only three and a half people... it almost seems unfair to hoard all the glory for ourselves. Almost.
Nasrin, Steve Butts, ThyNameIsMud, sprout

Although we're sure you'd only want help a team out for the most benevolent and idealistic of reasons, to help with your decision we've included an up to date list of the current score and accompanying photographic evidence. Taboo, Pictionary and Geek-atorials, our version of Geek Gladiatoral Games, began our trial.

We play to win, you vote to decide. Is the pen truly mightier than the Nerf sword? The definitive answer, coming soon!