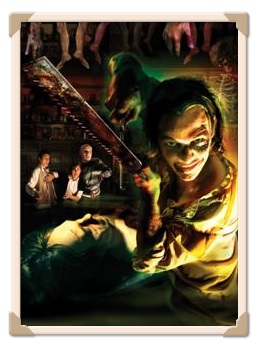 It turns out that a presumed-to-be-fake human skeleton that's been on display at the London Dungeon for more than 35 years is actually the real thing.

If you've ever visited the London Dungeon tourist attraction, which according to Wikipedia "recreates various gory and macabre historical events in a grimly comedic 'gallows humor' style," you've probably laid your eyes on a skeleton or two in some of its many displays. And you probably assumed, if you put any thought into it at all, that it was fake. And in at least one case - possibly two - you'd be wrong.

A partial human skeleton, consisting mainly of a ribcage and spine, that's been on display since 1975 was recently found to be the real thing. Bill Edwards, the medical museum curator at Guy's Hospital, thinks they were wired together back in the 1950s and says there might actually be another real skeleton on display as well. "I need to go back and examine that one more closely when the Dungeon team can get it down from the wall," he told the BBC. "But from what I could see, it looks either human, or a combination of some human and some artificial parts."

The skeletons could date back hundreds of years to the early days of anatomical research, according to London Dungeon Operations Manager Catherine Pritchard. "We have no idea where they originally came from, but suspected they might date back to... when bodies were regularly smuggled in from the Far East for dissection," she said.

They were originally meant to be moved to the attraction's annual "Satan's Grotto" display later this month but will now be replaced by genuine fakes. The skeletons may actually remain on view, however, but it will be expensive; the London Dungeon will have to pay more than $3100 per year to the Tissues Authority - yes, the U.K. apparently has a "Tissues Authority" - to keep them on display.