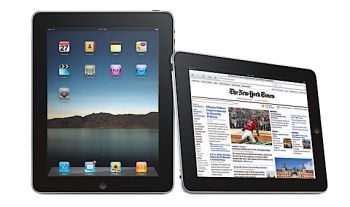 Someone is selling knock-off iPads in China. Odd thing is; according to the Chinese courts, it's Apple.

It turns out that Apple does not, in fact, own the trademark for the iPad name in China. A Chinese company called Proview Technologies filed for the iPad trademark back at the turn of the century. At some point they sold the rights to a firm in the UK, who promptly sold them to Apple. The problem is; the original sale did not include in the Chinese trademark rights. That means Apple has been selling the iPad in Chinese territories in violation of Chinese trademark law.

Proview Technology are, quite naturally, taking legal action to protect their trademark. They're seeking 10 billion yuan ($1.5 billion) in compensation from Apple for, heh, copyright infringement.

Despite its reputation for being a counterfeiter's equivalent of Disneyland, China is one of the largest tech markets, and the largest smartphone market, in the world. Losing access to that market, even temporarily, could be a huge blow to Apple.