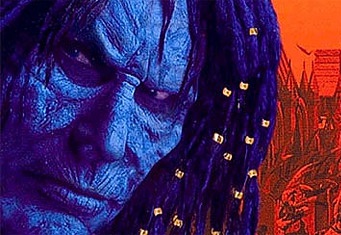 Do you think RPGs are too easy these days? Fallout 2, Planescape: Torment and Fallout: New Vegas developer Chris Avellone agrees.

He didn't mention the dreaded C-word during the interview with IndustryGamers, but Avellone made it quite clear that he thinks that design decisions made with player convenience in mind can often end up doing more harm than good.

"I'll say the 'advances' have been more for player convenience, sometimes good, sometimes bad, in my opinion. Journals, quest compasses that point directly to the goal and show you the route, auto-maps, etc. are helpful; at the same time, I think it undermines the thrill of victory and discovery and a lot of what makes an RPG an RPG (exploration, notably).

His comments echo a popular sentiment amongst core-gamers. That in an attempt to appeal to a wider audience, games are abandoning any semblance of challenge and, quite frequently, treating players like brain-dead automatons.

Avellone is far more positive about other advances in the genre, however: "In terms of non-interface elements, I feel the idea of morally grey choices and more focus on actions and consequences has been great for RPGs across the board," he said.

Avellone was part of the team that made Planescape: Torment which, aside from being a strong contender for the best RPG ever made, was unique at the time in that it avoided the rather tired dichotomy of good-versus-evil, and instead offered more ethically challenging decisions.

"Lastly, fully voice-acted characters has been something to adapt to since Knights of the Old Republic 1, and the amount of localization, recording and audio work required is substantial, but I feel it's a net positive for the player," he continued.

He also had kind words for developers that mix-and-match their genres: "Developers are seeing the worth in customization, levelling, dialogue, choice and reactivity and other elements that would normally be considered RPG mechanics and introducing them into multiple titles."