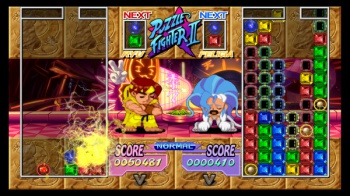 All the featured games are identical to their downloadable versions save the fact they won't be taking up your valuable hard-drive real estate. Grin's Bionic Commando Rearmed seems conspicuously missing, and it's a shame the recent entries in the Megaman series didn't make the cut, but that's still a lot of gaming for your $40.