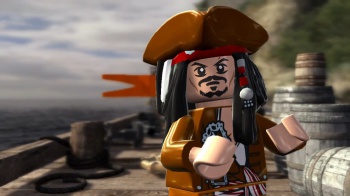 The industry faces yet another year of massive loss while gamers pilfer more than a billion dollars worth of virtual goods.

Videogame lists abound this time of year, tracking everything from personal favorites to top sellers. But as we reach the end of the holiday season, perhaps it's time to finally take a break from the "nice" and put our eyes to the "naughty." That's exactly what BitTorrent news site, TorrentFreak, decided to do when it pulled the data on a year's worth of pirating trends for the PC, Xbox 360, and Wii.

Somewhat obviously, the PC dominates the not-so-coveted "most plundered" category. Without the need for altering hardware to accept pirated games, the computer community is plagued by more than three times the amount of virtual theft per cross-platform game than its console counterparts.

As some of you may remember, the "winning" title, Crysis 2, was actually leaked over a month prior to release, causing EA to worry that the game's launch would suffer considerably. After less than a hundred thousand leaked copies went out (a comparatively tiny number), EA breathed a sigh of relief. Little did they know that it would actually be the next month, after the game's official release, that would bring the real avalanche of piracy. The tsunami of downloads that followed eventually granted it not only the top spot for PC titles, but also "most pirated game for any platform of 2011."

Next up is the Wii:

Interestingly (or sadly, depending on your opinion of the implications), the top pirated game for the Wii in 2011 wasn't actually a 2011 title. Super Mario Galaxy 2 was released in 2010, and took "top honors" in that year as well.

Finally, here are the numbers for Xbox 360:

Microsoft's console was hit the least of the three reported platforms, but even 700,000 copies of a full-priced Xbox title is still a painful $42,000,000 of potential revenue loss.

Other platforms were not included due to their relatively low numbers. Perhaps the most notable exclusion is the PlayStation 3, though that likely has more to do with the methodology (illegal games are generally downloaded directly, and therefore more difficult to track) than an actual lack of pirates using the console.

It's easy to get lost in numbers when they hit the nine-digit range, but if you really think about those numbers, I mean really think about them, that's a massive amount of illegal downloads. And remember, these lists only represent three of the primary ways people game, and only five of the myriad titles available per system. It wouldn't be fair to say that every pirated copy represents a lost sale, but it would be equally unfair to say that every copy didn't. While, for some, it's easy to think of downloading a game as free and easy, this is our community, folks, and we all have an individual responsibility to support it.