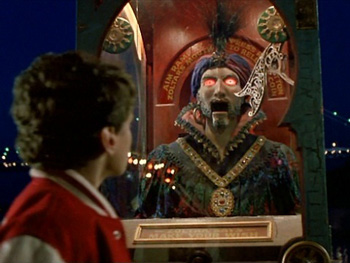 Gaming's most vocal soothsayer reckons the Wii U won't be seeing much third-party love.

"Nintendo has to simply stop living in the past in 2012," he remarked during an interview with IndustryGamers. "They had a great deal of success since 1985 by making proprietary hardware and supporting it with proprietary software. They attracted third party support based upon the large installed base they generated for their hardware. They appear to me to be confident that 'if they build it, third parties will support it', but I don't think that is the case for Wii U."

Of course, predicting that a Nintendo console will have issues when it comes to quality third-party support is hardly revolutionary. In fact, it's rather akin to pointing out the console will most likely be three dimensional and will travel forwards through time rather than backwards, but Pachter supports his prediction with an interesting argument.

"By trying to be 'different' with the tablet controller, they have complicated game design for developers, who can't figure out if the Wii U will ultimately support only one or multiple controllers," he said. "Nintendo made the device sufficiently different that they are all but assured of limited third party launch support, which ultimately will lead to modest hardware sales."

Though many would argue it was due to limited hardware rather than the unorthodox control scheme, the Wii did suffer when it came to multiplatform titles. Though it's unclear how many third party games will be available at launch, Nintendo has confirmed that titles from THQ, Codemasters, Sega, Ubisoft, EA, Namco Bandai and Tecmo are in the pipeline.

Of course it doesn't really matter either way, as according to one of Pacther's earlier predictions, Nintendo is doomed anyway. Doooomed.