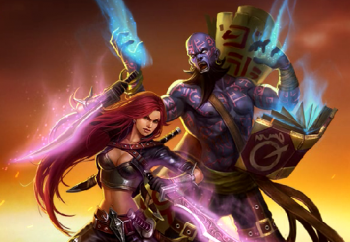 Riot Games came out against the flawed legislation, and a "fan" quickly posted his position.

Videogame companies generally don't like the Stop Online Piracy Act (SOPA) because it restricts the creativity of individuals on the internet. Riot Games has a particular horse in that race, as sharing and networking amongst the community is a big part of what makes League of Legends so popular. Riot Games announced its official opposition to the legislation today, but the surprising bit is the 5th post in response on the LoL forums is from a representative in the U.S. Congress - Rep. Jared Polis. He proclaims his love of LoL and his desire to see SOPA fail, thereby becoming the coolest congressman I currently know about.

"As a member of the League of Legends community (partial to Anivia and Maokai), and as someone who made his living as an Internet entrepreneur before being elected to Congress, I'm greatly concerned about the future of the Internet and gaming if Congress doesn't wake up," Polis said.

"I'm particularly concerned that SOPA might stifle the kind of innovation that brings us games we love, such as LoL. The bill makes it far too easy for angry competitors to sue good law abiding companies out of existence," he continued. "It threatens any company or website that depends on user-generated content, even companies like Riot. Instead of coming up with great ways to keep making games like LoL even better, companies will have to spend their money hiring lawyers."

Polis said he's working on an alternative to SOPA, but he called for intelligent gamers to head to websites like KeepTheWebOpen.com to join in the conversation.

Not only is Polis a gamer, but he also earns respect for being the first man elected to serve in the United States House of Representatives as an open homosexual in 2009. He and his partner have an adopted son by the name Caspian Julius - which gives Polis double points for naming his son after a Narnian Prince.

Thanks for the tip, Slycne