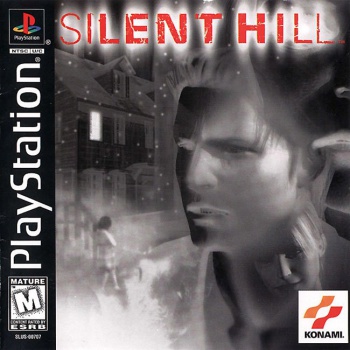 Pyramid Head isn't evil, he just has a tumor.

Ready for completely bizarre cross-media linkage? Based on a series of images culled from Konami's original PlayStation release of Silent Hill and the 1990 Arnold Schwarzenegger film Kindergarten Cop, the two properties apparently take place in the same location.

I know what you're thinking. "Nex, Silent Hill is set in a foggy, non-descript town full of supernatural horrors and the physical manifestation of psychological trauma, while Kindergarten Cop is set in Astoria, Oregon! You've been to Astoria! You should know the difference!"

Yes reader, you are correct. I've been to Astoria often. It's only a few hours away. Never once in all my time there did I ever encounter a single twitching biological monstrosity, but then again, I also never encountered a Terminator robot shouting at a class of 6 year olds. So really, who am I to doubt the findings of a group of obsessive Silent Hill fans?

If you don't believe me, have a look at the images in the gallery below, taken from a recent post on Silent Hill Forum dot com. In that post a user calling his/herself "Giromancy," offers little in the way of editorializing, instead letting the images and their blatant similarities, do all the talking.

Now, granted, there is a pretty likely and completely believable explanation for this. Silent Hill was originally created by a team of Japanese developers, so it stands to reason that the devs would look for somewhat obscure sources of Americana on which to base the miscellaneous decorations they had to scatter throughout their sleepy, horrifying town. It's not entirely inconceivable that the team watched Kindergarten Cop and innocuously swiped a few details here and there.

Of course, there's also the possibility that this is a long-dormant facet of the game's underlying horror that Konami hoped had been lost to the sands of time. Maybe the madness of Silent Hill is encroaching into our reality, retroactively altering beloved classic films in its gradual, nefarious quest to absorb us all into that terrifying fog.