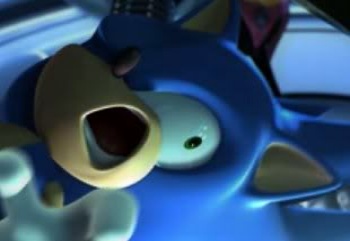 Apparently issues like SOPA are "generally caused by bad installs or junk data that's stuck in the system memory."

While many publishers are keeping their lips tightly shut when it comes to the SOPA issue, Sega seems to be taking a more ... practical stance.

When one Hot Blooded Gaming reader sent Sega Customer Service an email containing a passionate pre-written letter from The Escapist contributor and Destructoid editor, Jim Sterling, Sega emailed him back with the following sage advice:

"Generally these issues are caused by bad installs or junk data that's stuck in the system's memory," replied Sega. "The first suggestion would be to perform a hard reset on the device. It's best to attempt this any time you experience performance problems with your device or have an app crash. If that doesn't work, it's suggested you uninstall the app, perform a hard reset, reinstall and then perform one more hard reset before launching the game.

"If you're [sic] problems continue, please let us know."

So, if I'm reading this correctly, all we have to do is perform a hard reset, then "reinstall" the United States Government. I'll break out my AK-47 and let you know how that works out, Sega.

While this is obviously a, humorously inappropriate, automated response, it's a stark reminder that Sega hasn't come out for, or against, the controversial bill. But by remaining a member of the ESA, and not speaking out against SOPA, Sega is putting itself very much in the 'for' camp.

Update: Sega has responded with an amusing video that contains an apology for the confusion.

Uncivil War: Sonic the Hedgehog - Who Can Kill Less Robots? Jim And Yahtzee 37 Comments
Comments on