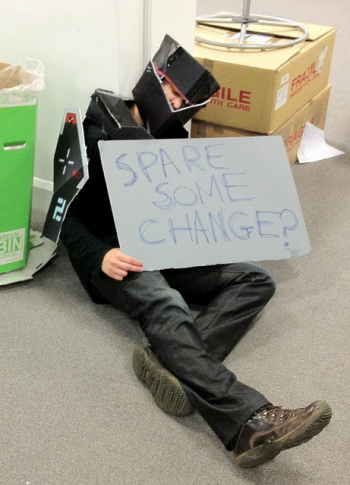 A programmer from Codemasters' recently-closed development studio is accusing the company of some pretty shady dealings, including unpaid overtime and legal bullying.

Codemasters' summer shooter, Bodycount, didn't really have much going for it other than some snazzy cover art. Reviews tended to be middling - at best - and sales were so lackluster that the publisher wound up shutting down its Guildford studio and laying off roughly 70 employees. Now, a former employee at the studio has claimed Codemasters of some pretty serious charges, including unpaid overtime and threatening those let go with bankruptcy proceedings if they didn't return money they were "mistakenly" paid.

Semi Essessi was a programmer who worked on Bodycount and has now become a whistle-blower thanks to a blog post what about what was supposedly going on while he was at Codemasters. While employed by the company, Essessi claims he was never paid for working over 400 hours of overtime. Additionally, he claims he wasn't the only person who picked up crazy amounts overtime.

He also claims that Codemasters tasked him with work that "exceeded my job description significantly." Meanwhile, he says he was repeatedly turned down for a pay raise and/or a promotion when he spoke to management.

Now, when the studio's closure was announced, he contacted the human resources department over the unpaid overtime. The email response he received said that he wasn't owed any:

We have undertaken a thorough review of your grievance regarding the non payment for the extra hours that you claimed you have worked. We appreciate it that there was a focus across the whole studio to work extra hours, to get the game completed to the final deadline, however it was made clear and communicated upfront to everyone, that those who did work, no TOIL or overtime pay would be made for those extra hours. Therefore, you knowingly, worked the hours in the knowledge that you would not be compensated for them, in TOIL or payment. Furthermore, from our investigations you never challenged this or raised any queries at the time of working the extra hours.

Subsequent emails from Essessi to the HR department noted that Codemasters was breaking the law because the company wasn't allowing workers to get eleven hours of rest a day nor the obligatory twenty four hour break every week. He also claimed he'd never received a monthly pay slip "on or before" paydays (which is apparently another legal breach).

When the studio actually closed down, Essessi claims that he and several other colleagues received a "substantial" amount of money with their final paychecks. Accordingly, "after lots of pub discussion the overriding opinion was that they had seen sense and had decided to pay us all a bit extra to keep us quiet about just how illegally the studio had been running."

A month later, though, Essessi received both a phone call and an email that he'd been "mistakenly" paid an extra month's worth of salary. As a result, he was now required to repay the company within five days on December 20th. Essessi had already spent the money, paying off some of the debt he'd accrued between moving to Guildford, transitioning between jobs, and finding a new place to live.

Essessi wasn't able to raise the cash, and Codemasters gave him a new deadline: January 3rd. Again, he wasn't able to meet it, so now he has until January 20th to repay the company or he'll be facing bankruptcy proceedings.

The allegations in Essessi's blog are partially backed up by screenshots of emails, but so far there isn't any hard evidence supporting his claims.

Codemasters, meanwhile, has contacted Eurogamer, claiming that it's still in an open dialogue with Essessi, has yet to begin legal proceedings against the developer, but has ominously noted "the company's advisers are now aware of the additional comments that Semi has published and these will be addressed with him directly through the appropriate channels as necessary."