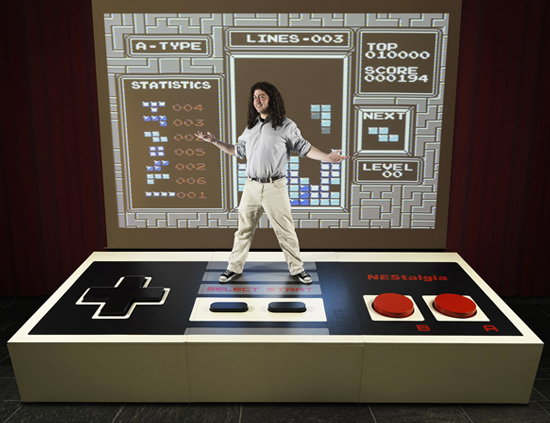 Mr. Allen, a British engineering student, spent roughly $6,000 of his own money to put together a behemoth controller that weighs as much as an NFL lineman. At 12 feet by 5 feet, two inches, its dimensions are more suited to a compact car than a videogame controller. According to the Guinness Book of World Records, Allen's creation is the largest NES controller in existence.

Thus, it should come as no surprise that the monument to Nintendo nostalgia was recently unveiled at London's Liverpool Street Station to commemorate the release of the Guinness Book Of World Records Gamer's Edition 2012.

That's all well and good, but the coolest part about Allen's creation is that it's actually a fully functional controller. Granted, players have to take their shoes off and manipulate the buttons with their feet, but with enough coordination and agility, you could totally beat Contra with this thing.

(That was a lie. You will never beat Contra.)