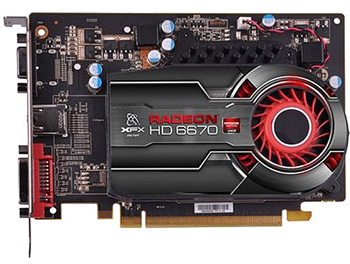 According to some sources, the next Xbox will ship in either October or November of next year and feature an AMD 6000-series GPU.

According to IGN, sources have confirmed that mass production of the Xbox 360 successor's graphics processor will begin by the end of 2012. Early reports claimed the system would be shipping with an AMD 7000-series GPU, but this latest report, from yet another anonymous source, claims it will use a 6000-series GPU instead. Specifically, one based on the Radeon HD 6670, which can currently be had for around $79.99.

While PC users may scoff at the relatively underpowered 6670, it is far more powerful than the GPU found in the Xbox 360; the ATI Xenos, which is roughly equivalent to Radeon X1900. IGN reckons the GPU will give the new Xbox six-times the graphical processing power of its predecessor, allowing it to outperform the upcoming Wii U by around 20%.

I'd take all this with a grain of salt, however. Microsoft has confirmed nothing yet and uncompromising analyst Michael Pachter has labeled rumours of an impending "Xbox 720" launch "silly."

"Microsoft is still selling a ton of Xbox 360s, and they won't replace the existing one until sales begin to slow," he said in November of last year. Microsoft sold a ton of 360s over the holiday season.