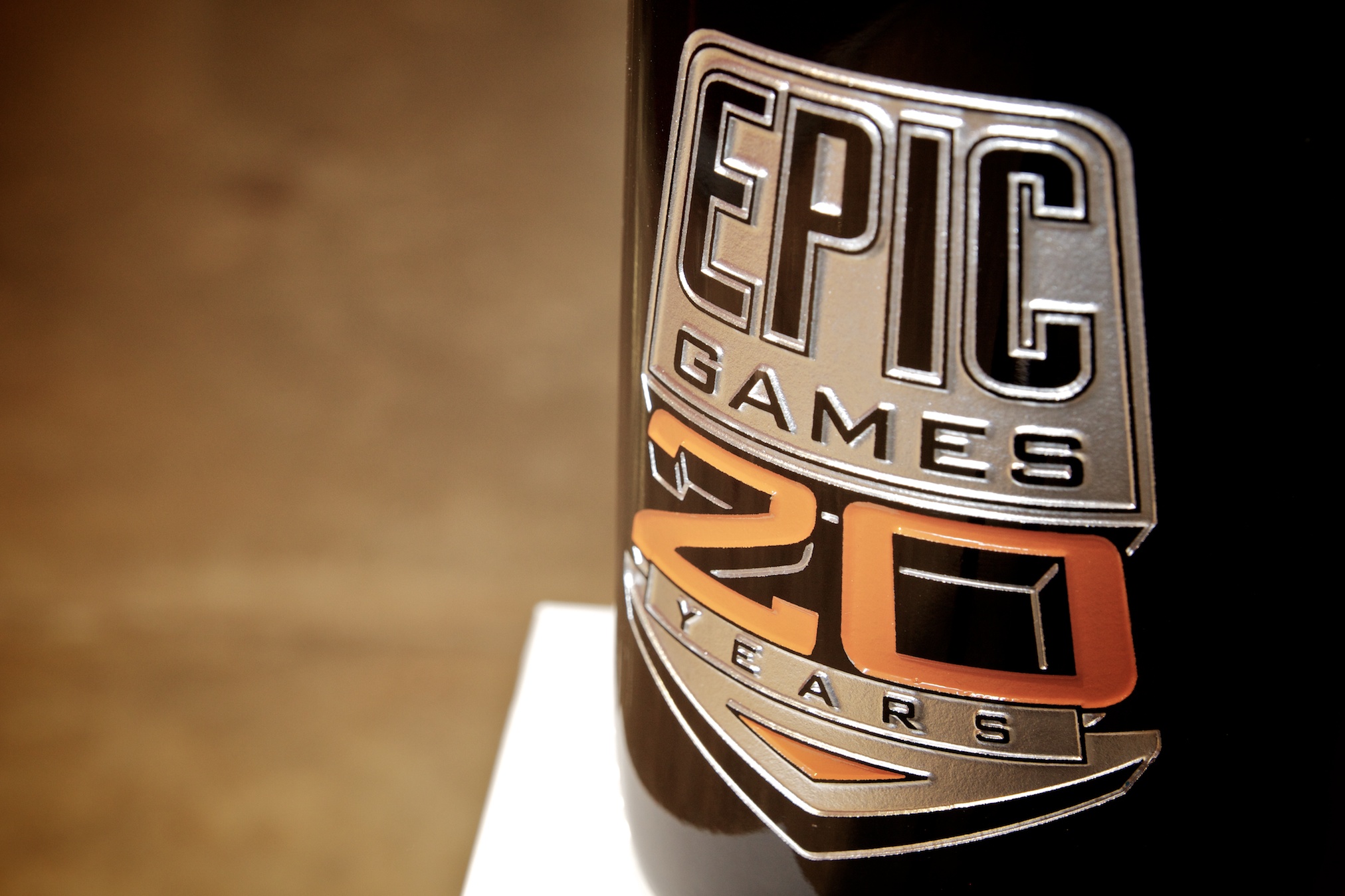 Epic Games founder Tim Sweeney celebrates his induction to the Gaming Hall of Fame with an "Epic" bottle of wine.

If you need a good reason to visit Las Vegas, then look no further then the 15th Annual Interactive Achievement Awards, which celebrates the year's best in games and design. This year, Epic Games' own Tim Sweeney will be honored for his contributions and inducted into the Academy of Interactive Art and Sciences' Hall of Fame, joining other famous game designers and developers like Sid Meier, John Carmack and Shigeru Miyamoto.

To celebrate Sweeney's induction, Epic Games has sent out several very nifty custom branded bottles of red wine. Each bottle sports Epic's 20th Anniversary logo and details on the post-party shenanigans planned for after Sweeney's induction ceremony is over.

Sweeney has been designing and programming games since a young age, releasing his first commercial title ZZT, a text-based puzzler, in 1991. Forming Epic MegaGames (as Epic was originally called) at the age of 21, Sweeney has produced several classic DOS games like Jazz Jackrabbit and Jill of the Jungle, before venturing into 3D in 1998 with notable first-person shooter Unreal.

The AIAS was originally founded in 1996, and is a non-profit organization dedicated to advancing videogame entertainment. It currently hosts the yearly DICE Summit in Las Vegas, Nevada for industry professionals to gather and discuss the latest business trends and innovations in the game industry, along with the Interactive Achievement Awards.