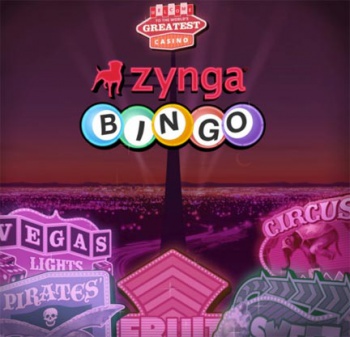 This fresh accusation is the second to be levelled at Zynga by an indie studio in the past seven days.

The past few months have been rough for social games giant Zynga. Its weeks of pummelled share prices and reports of huge losses were topped off last week by accusations from indie developer NimbleBit that Zynga's Dream Heights is basically a point-for-point copypasta of the indie's Tiny Towers. Now, barely a week after that incident, another indie company by the name of Buffalo Studios has accused Zynga of doing exactly the same thing with its Bingo Blitz.

"We are moved that your new game was so inspired by our innovative product, Bingo Blitz," reads the infographic. "You've obviously played our game Bingo Blitz A LOT, along with over 1 million other Daily Active Users."

"P.S. As you can see, NimbleBit inspires us too!" concludes the graphic.

While the actual bingo-page screenshots of the two games aren't all too similar, the collection, unlockables and prizes screens do look very much like relatives of one another. While the direction this specific case will take remains to be seen, one thing is certain: For Zynga, being accused of copying two games within the space of one week is not the kind of exposure that you can put in the "all publicity is good publicity" PR pile (to say nothing of the "Honest Image" unlockable farmhouse and "Our Work is Original" customizable aquarium, of course).